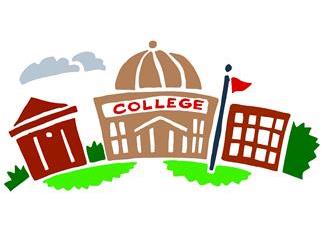 Your competition has stepped up its marketing communications efforts…and those efforts can be seen in a variety of places.

Higher education audiences are savvier than ever.

Social media continues to grow (and dominate)… and it’s not just Facebook.

Branding is the buzzword dujour when higher ed professionals talk about marketing their institutions these days.

As a lifelong Philadelphia-area resident, I consider myself pretty well cultured – I keep up with the growing restaurant scene, I purchase theater subscriptions, and I regularly attend performances at music venues in the region.  Yet, until earlier this month I had never attended a Philadelphia Orchestra concert – and if it wasn’t for social media I would still be an Orchestra wannabe.

The Philadelphia Orchestra was scheduled to perform at Carnegie Hall on October 2nd, but because of a labor strike the concert was cancelled at the last minute – let’s call that the lemons.  The Orchestra leadership quickly decided to offer a free pop-up concert for the people of Philadelphia – the lemonade!

How do you let an entire city know that their world-renowned orchestra will be performing a free concert at 6:30 that evening?  You use social media and email marketing, then watch what happens – in this case, the Kimmel Center had a full audience.  How do you let the rest of world know the concert was a success?  You do something usually frowned upon at a performance: encourage the audience to take out their cell phones.  At the end of the concert the conductor asked the audience to take pictures and videos and let everyone know about the concert and the Orchestra on social media.

This is a great example of how marketers and market researchers can capitalize on the success of a viral campaign – the Philadelphia Orchestra was able to attract a new audience (including myself).  We already know that social media is an increasingly important tool in market research.  As the technology to track and monitor social media advances, researchers have increased access to meaningful, up-to-date information.  And, what could be more meaningful than media created and distributed by audiences in real time?

The Orchestra’s use of social media points to a valuable opportunity for organizations and researchers:  encouraging audiences and customers to engage with a product (or performance) and document their experiences can produce a wealth of information.  Furthermore, there are endless possibilities for organizations to use this information to enhance and support their marketing initiatives.